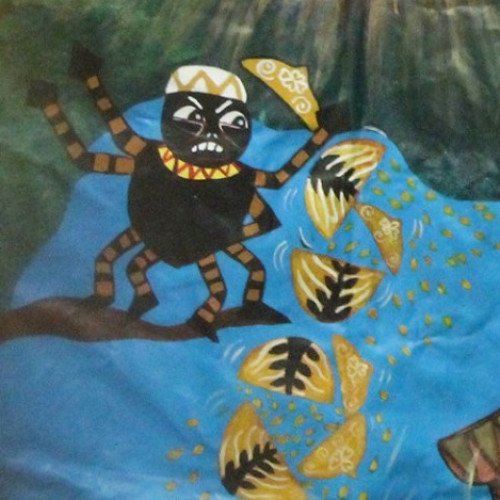 Anansi ( ə-NAHN-see) is an Akan folktale character. He often takes the shape of a spider and is sometimes considered to be a god of all knowledge of stories. Taking the role of trickster, he is also one of the most important characters of West African, African American and Caribbean folklore. Originating in West Africa, these spider tales were transmitted to the Caribbean by way of the transatlantic slave trade. Anansi is most well known for his ability to outsmart and triumph over more powerful opponents through his use of cunning, creativity and wit. Despite taking on the role of the trickster, Anansi's actions and parables often carry him as protagonist due to his ability to transform his apparent weaknesses into virtues. He is among several West African tricksters including Br'er Rabbit and Leuk Rabbit. 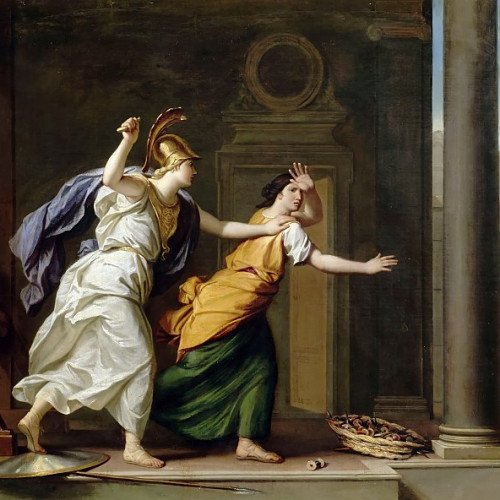 Arachne (; from Ancient Greek: ᾰ̓ρᾰ́χνη, romanized: arákhnē, lit. 'spider', cognate with Latin araneus) is the protagonist of a tale in Roman mythology known primarily from the version told by the Roman poet Ovid (43 BCE–17 CE), which is the earliest extant source for the story. In Book Six of his epic poem Metamorphoses, Ovid recounts how the talented mortal Arachne, daughter of Idmon, challenged Athena, goddess of wisdom and crafts, to a weaving contest. When Athena could find no flaws in the tapestry Arachne had woven for the contest, the goddess became enraged and beat the girl with her shuttle. After Arachne hanged herself out of shame, she was transformed into a spider. The myth both provides an aetiology of spiders' web-spinning abilities and is a cautionary tale warning mortals not to place themselves on an equal level with the gods.