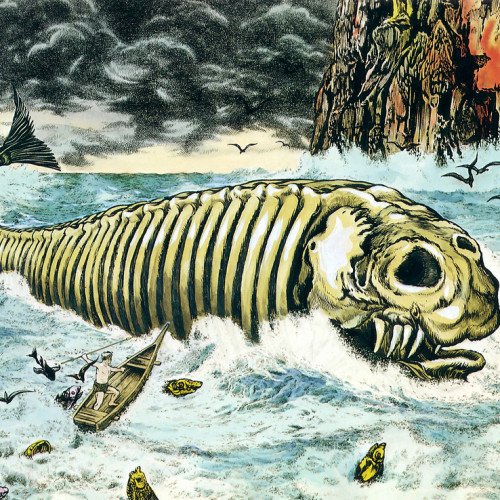 The Bake-kujira (化鯨, literally "ghost whale") is a mythical Japanese yōkai (ghost, phantom, or strange apparition) from western Japan. It is supposedly a large ghostly skeleton whale and is said to be accompanied by strange birds and fish. 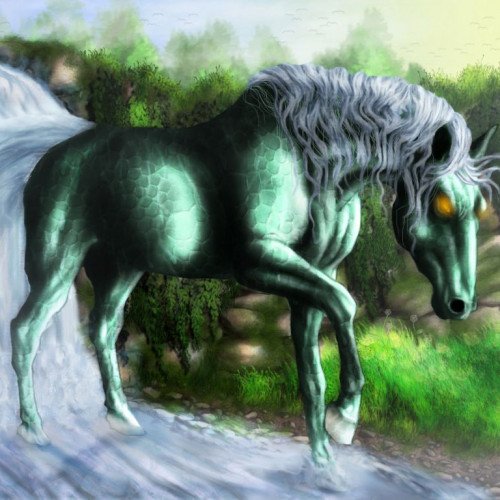 Ceffyl Dŵr is a water horse in Welsh folklore, a counterpart of the Scottish kelpie.In her 1973 book Folk-lore and Folk-tales of Wales, Marie Trevelyan says that the Ceffyl Dŵr was believed to shapeshift and even fly, although this varies depending on region. For example, in North Wales he is represented as being rather formidable with fiery eyes and a dark foreboding presence, whereas in South Wales he is seen more positively as, at worst a cheeky pest to travellers and, at best, as Trevelyan puts it, "luminous, fascinating and sometimes a winged steed".The Ceffyl Dŵr is said to inhabit mountain pools and waterfalls. Even though it appears solid, it can evaporate into the mist. In one form of the legend the Ceffyl Dŵr, as a horse, leaps out of the water to trample and kill lone travellers.Another form of the legend reports that the Ceffyl Dŵr entices the unwary traveller to ride him. Flying into the air, the Ceffyl Dŵr evaporates, dropping the unfortunate rider to his death.