Kylian Mbappé Lottin (French pronunciation: ​[kiljan (ɛ)mbape lɔtɛ̃]; born 20 December 1998) is a French professional footballer who plays as a forward for Ligue 1 club Paris Saint-Germain and the France national team. Considered one of the best players in the world, he is known for his clinical finishing, dribbling, strength, and explosive speed. Mbappé began his senior career with Ligue 1 club Monaco, where he made his professional debut in 2015, aged 16. With them, he won a Ligue 1 title, Ligue 1 Young Player of the Year, and the Golden Boy award. In 2017, he signed for league rivals Paris Saint-Germain on an initial loan, which was made permanent in 2018 in a transfer worth €180 million, making him both the second-most expensive player and most expensive teenager ever. With PSG, Mbappé has won three Ligue 1 titles, two Coupe de France titles, has finished as Ligue 1 top scorer twice, won Ligue 1 Player of the Year, and is the sixth-highest goalscorer in the club's history. 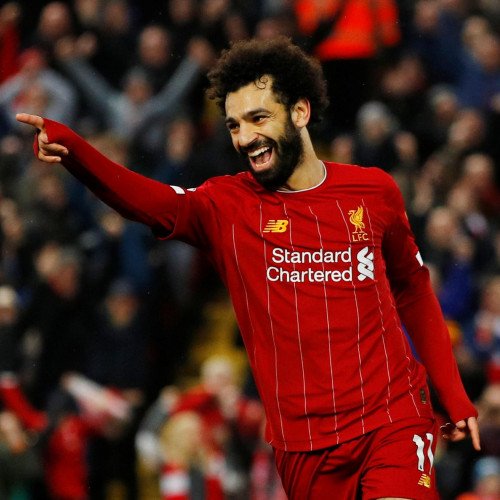 Mohamed Salah Hamed Mahrous Ghaly (Arabic: محمد صلاح حامد محروس غالى‎, Egyptian Arabic pronunciation: [mæˈħam.mæd sˤɑˈlɑːħ ˈɣæːli]; born 15 June 1992) is an Egyptian professional footballer who plays as a forward for Premier League club Liverpool and the Egypt national team. Considered one of the best players in the world, he is known for his finishing, dribbling, and speed. Salah started his senior career with Egyptian club El Mokawloon, departing shortly thereafter to join Swiss side Basel for an undisclosed fee. In Switzerland, his performances attracted Premier League side Chelsea, who signed him for in 2014. However, he was used sparingly in his debut season and was allowed to leave on loan to Serie A clubs Fiorentina and Roma, with the latter eventually signing him permanently for €15 million. Following his role in helping Roma to a second-placed finish and a club record points-tally in 2017, Salah returned to the Premier League to sign for Liverpool for a then club-record fee of £36.9 million.