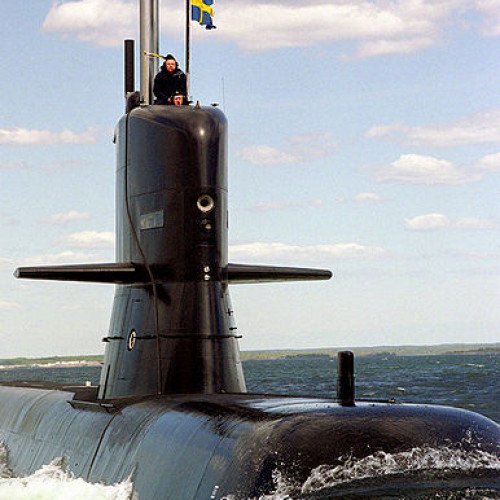 The Swedish Södermanland class of diesel-electric submarines consists of HSwMS Södermanland and HSwMS Östergötland. These two submarines were originally launched as Västergötland-class submarines in 1987 and 1990, and have been relaunched as a new class after extensive modernization in 2003 and 2004 by Kockums AB. The pressure hull had been cut in two after the sail and a 12 m (39 ft 4 in) long new section with an air-independent propulsion system was inserted. It contains two Stirling engines which are coupled to electric generators and heated by burning diesel fuel with liquid oxygen stored in cryogenic tanks. The AIP system can provide electric energy to extend the submarine's submerged time from days to weeks. The class is planned to remain in service until 2019-20 when it will be replaced by the future Blekinge-class submarines. 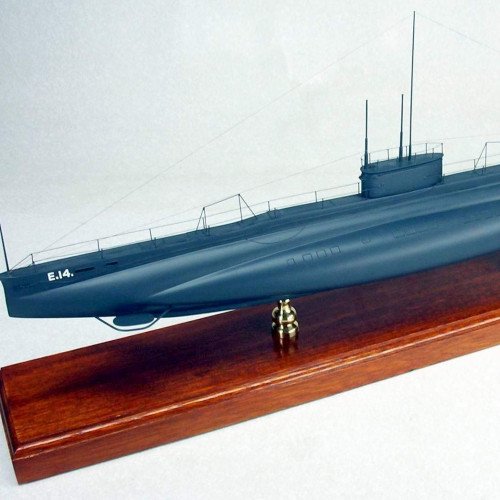 The British E-class submarines started out as improved versions of the British D-class submarine. The E class served with the Royal Navy throughout World War I as the backbone of the submarine fleet. The last surviving E class submarines were withdrawn from service by 1922. All of the first group and some of the second group of the class were completed before the outbreak of World War I. The group 1 boats cost £101,900 per hull. As submarine technology improved, the E class went through several design modifications. The group 2 boats cost £105,700 per hull. The group 3 boats, the last group, incorporated all improvements. The class primarily served in the North Sea and the Baltic, while some served with Russian ships in Russian coastal waters before their crews scuttled the submarines to avoid them falling into the hands of the Germans after the Treaty of Brest-Litovsk ended fighting between Germany and Russia. Additionally, some of the submarines operated against the Turks. The British L-class submarine eventually replaced the E class.