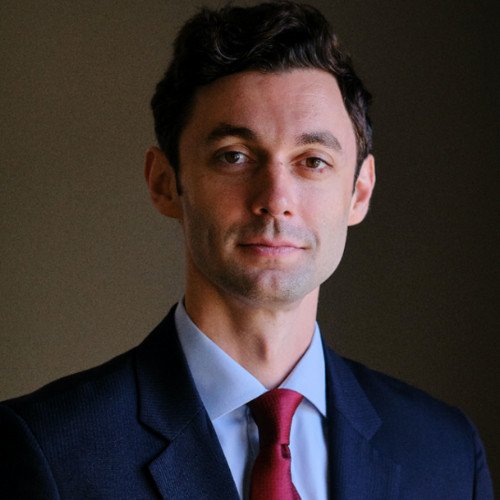 Thomas Jonathan Ossoff ( OSS-off; born February 16, 1987) is an American politician, documentary film producer, and investigative journalist. He is the Democratic Party nominee for the 2020 U.S. Senate election in Georgia, running against Republican incumbent Senator David Perdue. Neither candidate reached the 50% threshold on the November 3 general election, triggering a runoff election on January 5, 2021.Ossoff was the Democratic nominee in the historically expensive 2017 special election for Georgia's 6th congressional district, which had long been considered a Republican stronghold. After finishing first, but without a majority in the all-party primary election, he lost the runoff with 48.2% of the vote to Republican Karen Handel's 51.8%. 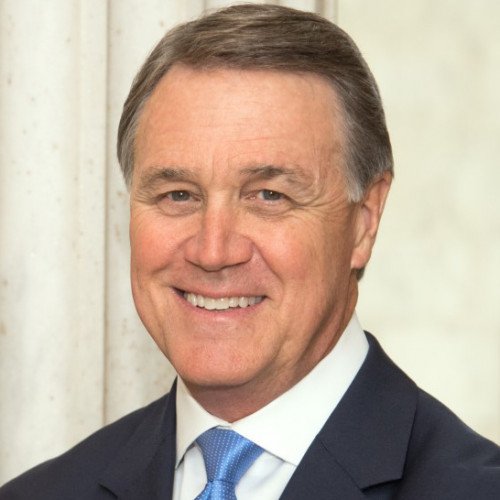 David Alfred Perdue Jr. (; born December 10, 1949) is an American politician and businessman who was a United States Senator for Georgia from 2015 to 2021. He is a member of the Republican Party. After 12 years as a management consultant, Perdue became the senior vice president for Reebok. He later joined PillowTex, a North Carolina textile company. He subsequently served as CEO of Dollar General. Perdue ran for U.S. Senate in 2014, defeating Democratic nominee Michelle Nunn.